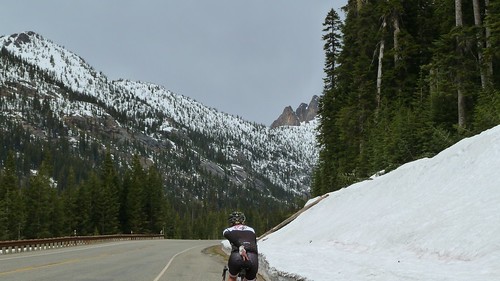 This past May, Jessica (most people know her as JAC since those are her initials) and I left on a trip to Washington state immediately after finals. She wanted to recreate a trip that she had done many years ago that left her parents’ house in Snohomish, Washington, went up and over the Washing Pass in the Cascade Range, around central Washington, and up and over Stevens Pass on the way back to her parents’ house. She had remembered it being one of the most challenging bicycle trips she had ever been on and wondered whether or not moving to California and cycling year-round would make this trip any easier.

Conditions for this trip would be easier though since her parents offered to SAG for us the first three nights leaving us only the final two days of riding and one night on our own. Her previous ride was fully self-sufficient. 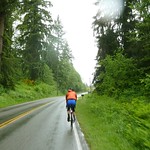 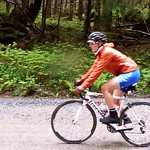 The first day took us from her parents’ front door to a town called Darrington. Because of the devastating mudslide that happened in Oso just a couple of months before our trip, JAC had decided to reroute us off of the main highway and onto a 15 mile gravel section. In true Washington fashion, the day was full of rain and it hardly let up. The gravel section started a little over an hour into our day and the first section was steep, muddy, and slippery. After we got into our groove in the mud and grit, we saw JAC’s parents for the first time in our ride and were happy to be greeted with hot drinks, chips and salsa. This particular day, it was really nice to have support as I don’t remember passing through many towns until we neared our cabin that evening. 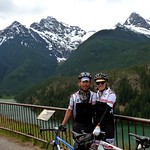 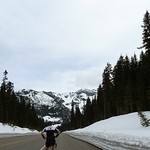 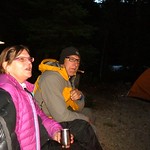 Day two took us up and over the Washington Pass in the Cascade Range. This was one of JAC’s more challenging days in the past, but because of all of the climbing we regularly do in the Oakland/Berkeley hills, we were pleasantly surprised about how gradual the climbing felt. This was the first time in our trip that we saw other cyclist. We even met a man – who had just set out on a journey to ride from the Washington coast to the Midwest – asleep in a ditch by the highway. This stretch of road is along the main transcontinental bicycle route, so we encountered one other couple making their way across the country. A group of five cyclists and JAC’s parents all converged upon a campsite that is just on the eastern side of the summit, where we feasted on teriyaki-chicken-and-bean wraps and shared stories in front of a campfire. 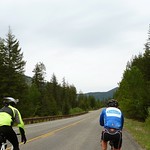 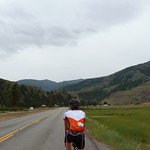 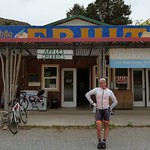 On day three, JAC’s dad Ed – who I discovered is the reason for JAC’s adventurous spirit – joined us for the 10-mile descent into Mazama. He shared with us that in retirement, it’s better to ride smart than hard. I think that’s something I will hold onto until I am a retired guy with a grin from ear to ear. Mazama, by the way, was one of the coolest little mountain towns on our trip. The market in town was a hub for climbers, skiers, and mountain bikers. I would love to make this a destination we stay at longer in the future when there is less road to cover. Most of the rest of the day felt like we were riding through a cowboy movie with all of the lush green pastures and countless river crossings. But all of the giant trucks and RVs made me feel like the cowboys had progressed to enjoy all the luxuries of modern America…maybe a little too much. 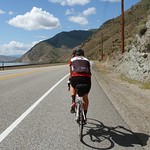 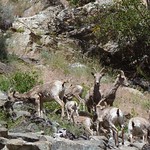 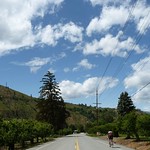 Days four and three seem a little blurred in my memory. Both were relatively flat days with a lot of rivers, but this was the day that we said farewell to JAC’s parents until we saw them again in Snohomish. They had treated us so well by spending their days leapfrogging us and providing us with nourishment for our bellies and our spirits. By this point in the trip, we had become accustomed to screaming “ROCKS” at each other every time we saw a diamond-shaped sign with ROCKS printed on it. We didn’t see as many rocks as the signs might have suggested. Also, we were curious if there were any mountain goats as the signs suggested as well. It turns out the mountain goats were just as elusive as the rocks, but we did spot a tribe of them. 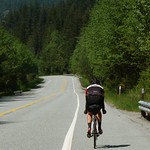 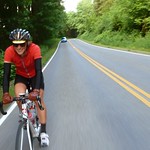 On our solo night, we stayed with JAC’s friends Mark and Becky in a Bavarian-themed mountain town called Leavenworth. Every business in this town must adhere to the Bavarian theme, so even the McDonald’s has a funny little variation on its logo to match. We had our proper fill of beer since we in the rhythm of doing that every night after a big day of riding. To be honest, I could ride big and drink beer every day for the rest of my life and I probably would never get tired of it. Mark and Becky were fantastic hosts and it was especially a thrill to see them when it had felt like we were in the middle of Merica for several days. Our final day of riding was so, so sweet. It is always such a great feeling to have many miles behind you and to realize what distances can be traveled by bicycle alone. So many special things happen when you are 100% in the present just pedaling, breathing, eating, and experiencing.

View all posts by Sean Chon